The main line of the Grand Canal is 82 miles length from Dublin to the Shannon of which twenty-five lie within Co. Kildare. There is also the 28 mile Barrow branch from Lowtown in mid-Kildare to Athy and the Naas Branch and Milltown Feeder

Work began on the Grand Canal in 1756. Engineering difficulties and mistakes by the builders in the early stages meant that progress was slow - by 1763 only ten miles and three locks had been built. The tempo picked up during the last twenty years of the 18th century. The canal company managed to make the link with the Shannon in 1803. The important branch to the river Barrow had been completed a decade earlier.

Passenger boats used the waterway until the 1850s and cargo boats until 1960. After their closure to commercial traffic in 1960 the future for the waterways seemed bleak (although the Grand, unlike the Royal, remained navigable). However the vision of the inland waterways activists encouraged a more enlightened attitude by Government.

Branches were restored (for example, Naas in 1987) and the canal environment improved - a progress which continues as the role of the canals for water and land based recreation and tourism is increasingly valued as a national asset as well as a source of amenity for canalside communities. The starting point at Hazelhatch bridge is just half a mile to the east of the railway halt of the same name on the Celbridge to Newcastle Road. Two pubs lie within the shadow of the bridge which is a favourite mooring spot for boat owners away from the built up areas of the city. Begin your walk on the south bank of the canal and stay on this side all the way to Sallins. For the first half mile the underfoot going consists of an old tarmac path which gives way to a firm grass track on the approach to Aylmers Bridge. The view to the east is dominated by the Dublin mountains.
Past Aylmers bridge the towpath is shadowed by the high wall of the Lyons estate which was formerly the home of the Aylmers, an old Kildare dynasty, and later the Lawless family who held the title of lords Cloncurry. The first lord Cloncurry built the classic great house which can just be glimpsed through the gates of the demesne wall. It was remodelled by the renowned Palladian architect Richard Morrison in 1810 and later furnished by the second Lord Cloncurry with architectural treasures from Greece and Rome. Lyons Hill to the east rises to 630 feet - according to legend it was a rallying place of the tribes of Leinster.
The towpath continues past Henry bridge and along a badly-maintained road towards Ponsonby Bridge. An old pumping tower stands off the canal to the east indicating the location of the large Boston limestone quarries, now flooded. The stump of a 6th century round tower may be glimpsed on Oughterard Hill in the background. In a cemetery at the foot of the tower is the grave of Arthur Guinness (d.1803) who has satisfied more thirsts in the world than anybody else in history; Indeed the hill echoes many footnotes to the past - it was on this slope in 1815 that Daniel O' Connell and John D'Esteere fought a pistol duel, with mortal results for the latter.

Letting the mind dwell on such colourful historical memoirs is an antidote to the rather plain nature of the canalside on this stretch but do look out for the old Ardclough church, now converted to a residence, and the adjacent school-house with its classical portico. The stretch from Ponsonby Bridge to Devonshire Bridge is tedious with difficult underfoot conditions but patience is rewarded west of Devonshire Bridge where two locks - 14th and 15th in proximity - and the waterworks associated with the Morell feeder form an interesting diversion. This vigorous stream which tumbles from the hills of east Kildare was a crucial factor in resuscitating the paralysed canal building scheme in the 1760s. Dublin Corporation drove the project on to reach the Morell which they saw as a fine supply of clear water for a thirsty and growing city. The old sluice house at the 15th lock is ruined but the nearby aqueduct is a noteworthy structure being almost a scale model of the much larger Leinster Aqueduct west of Sallins.

The topography changes on the way into Sallins with the canal curving through the sandy hills at Kerdiffstown where it is bridged by the Dublin - Cork railway line. As mainline trains thunder overhead pause for a moment and reflect on how this spot marked a watershed in Irish transport history in the last century . In the 1840s as the rail route was being built towards the south from Dublin the canal company directors tried to stop their faster and more spectacular competitor by refusing the rail company permission to build the bridge across the canal. After the case went to the highest levels of Government the rail company was given permission to bridge the canal near Sallins thus giving the green light to the spread of the railway system to the rest of the country.


On the north bank shortly after passing under the rail bridge you will see a concrete shell which is all that remains of an attempt by a German national to build a sugar - factory about the time of the First World War. The enterprise failed but the building is noted as one of the first to use reinforced concrete. Sallins is a gem of a canalside village. Fine rows of houses stand back from the compact harbour which once bustled with boats loading and unloading for Odlums mills just settlement clustered around the canal and the mills were powerhouse of the local economy. The meat factory on the north bank stands on the site of an old canal hotel. Sallins is a good starting point for a circular walk to the Leinster Aqueduct, back along the interesting and scenic Naas branch, and then returning by a path along the main road to the village. Alternatively it is also the starting point for the walk towards Robertstown. Stock up well on snack material - it is the last village for seven miles.

Route 5: Corbally Branch: 4.5 miles, 7.25 km
The Corbally branch diverges from the Naas branch canal at a junction on the west bank just before the harbour. It was completed in 1810 as something of an afterthought following the completion of the Naas branch. Its function is unclear as it terminates at the isolated Corbally harbour remote from any population or industry. Although its towpath is walkable it leads to country dominated by large-scale farming activities and newly built motorways.
It offers little in the way of points of interest and terminates in a derelict harbour where there is no access to public transport or facilities. Its main traffic in the era of canal transport was malting barley for Reeves' mill at Athgarvan, two miles to the west of Corbally harbour. Local folklore suggests that it was used to ferry the building material for the Curragh camp but has little substance. The canal was little used since the Second World War and a low culvert built near Jigginstown in 1954 closed it finally to navigation. However in its non-navigable condition the Corbally line is now a valuable sanctuary for wildlife in an area of intensive farming.
Those interested in tackling its towpath are recommended to walk out the Newbridge road from Naas and pick up the canal beyond the ruined 17 th century Jigginstown castle. A section of dense thicket will make progress difficult in the early part of the route but the westbank towpath presents no difficulty for the rest of the walk to Corbally. Look out for Hoare's bridge - the fifth canal bridge out from Naas - which was widened in 1995 and rebuilt in a manner sympathetic to the original design.
Route 6: The Milltown Feeder: 5 miles, 8km
The smallest of the canals in the Kildare waterway system, the Milltown Feeder also offers what may be regarded as the most pleasant walk of all. It takes the walker into the country away from traffic, offers a variety of scenery, and is the cleanest stretch of all both on the towpath and in its channel where clear water flows from its source springs at Pollardstown fen.
Although strictly speaking the feeder was built as a water supply rather than a navigable canal and therefore had no purpose-built towpath, it was in fact used by some boat traffic over the years and is walkable for all of its five mile course - although the going is a little rough along some stretches.
The walk along the feeder begins on the east bank of the old' Barrow line link from Lowtown beside the old 19 th lock. A bridge ( named both Huband Bridge and Greene's Bridge ) marks the junction of the narrower, shallower feeder with the canal proper. Take the lane along the east bank and continue on an earthen track when the road turns away. The Hill of Allen seems to form an obstacle to the line of the canal towards the east.
Cross the feeder at the ivy-covered Pims bridge to the west bank where an old stone ruin sheltering a lime-kiln furnace is a noteworthy feature. Continue on the west bank to Pluckerstown Bridge where the channel is crossed by the Allen to Rathangan road. At this point the view is all too full of the quarries gouging out the basalt rock of the Hill where, according to legend, the Celtic warriors roamed as they practised their feats of skill and strength. Switch back to the east bank at Pluckerstown bridge and keep on along a gravelled track and later a stock-trodden path as the waterway curves around the foot of the Hill of Allen.
The untouched western slope of the 676 feet high Hill is attractive and combined with the views of the other mid-Kildare hills to the south offers a variety of landscape not normally seen from the canal banks which tend to avoid hilly country. The feeder goes into a long curve on a high embankment. Watch out for a dry culvert along this stretch where by crouching down it is possible to cross under the waterway to the other side of the canal. However for walking purposes it is better to stick to the east bank. Continue past the mill bridge where the shattered bulk of an ancient mill looms on the far side and keep along the easy path which conveniently delivers the walker alongside the intriguingly named Hanged Man's Arch pub on the Milltown road. The bar-keeper will, no doubt, be glad to give thirsty walkers an explanation for such a ghoulish name.
The feeder channel south of the bridge continues into the dip in the landscape surrounded by low ridges known as Pollardstown Fen. It is a rare habitat for the flora and fauna of the Irish wetlands. It is an embryonic peatland where a rich diversity of plants is nourished by calcium-rich spring water which originates in a vast layer of water-holding rock beneath the Curragh plains. Within the twelve thousand year-old fen are more than thirty springs which supply a vast quantity of water to its habitat. This water was channelled by the canal builders into the Feeder canal which in turn transfers it along its five-miles course into the summit level of the Grand Canal system.
The fen's waters have another claim to fame - they end up via the waterway in the filter beds at Clondalkin from which Arthur Guinness & Company take a supply for the James's Street brewery.
So water from the heart of Kildare is one of the magic ingredients in the world famous brew!
Advertisements 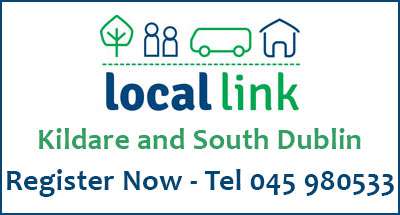