Jim recalls watching the lilies in 1919

Among the spectators at the recent Kildare and Dublin game in Newbridge was Jim Quinn of Littletown. Eighty-seven years young, a former member of Kildare County Council, Jim rarely misses a match.

He recalled that in September 1919 he travelled by sidecar to Lucan and got a tram from there into the city to see Kildare defeat Galway in the All-Ireland final.

His memory of the day was Kildare’s goalkeeper Husey Cribben wearing a soft hat, the performance of Larry Stanley and Mick Buckley and Ginger Moran.

He recalls that his father also a county councillor at that time, made a collection in the area for the team who were presented with a gold watch each by Kildare County Council in the town hall in Naas.

Jim’s wish now is to see the third generation of Buckleys lift the Sam Maguire Cup in September, and keep up the family tradition. 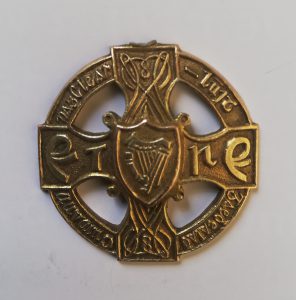