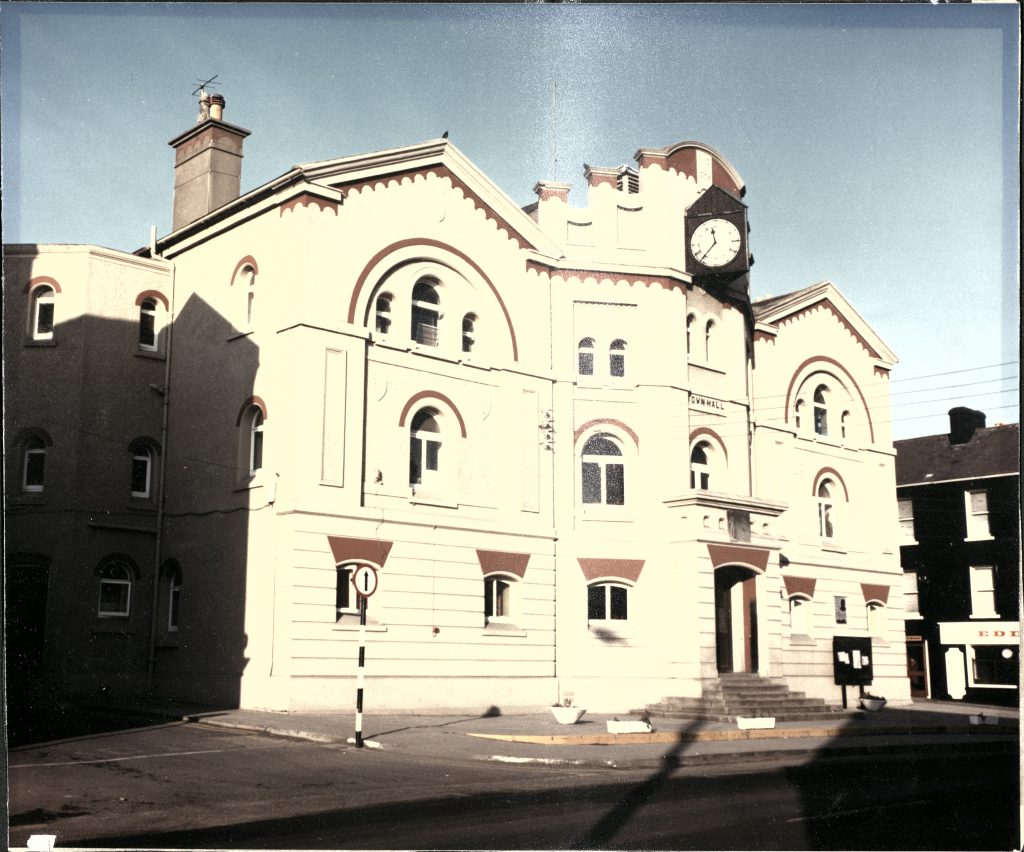 Concert and Dramatic Entertainment at Naas

On Wednesday evening last in the Town Hall, Naas, under the auspices of the “Sean Connolly” Sinn Fein Club, a lecture and concert and dramatic entertainment took place in the presence of a large and highly appreciative audience, the building being crowded to its utmost capacity. The presentation of “The Matchmakers,” a comedy by the late Seumas O’Kelly, was a huge success, evoking hearty laughter and continuous applause from those present. Mr. C. P. Byrne, in the part of Larry Dolan, the matchmaker, was all that could be desired, his presentation of the character of the old scheming countryman being perfect. Miss Alice McGrath filled the part of Mrs. Dolan in her usual capable style, whilst Anna McGrath filled the difficult role of Kate Mulvany, a good-natured, but shrewish neighbor, in a manner that evoked well merited plaudits. Miss M. Mitchell made a charming Mary, niece to the Dolans, and received merited expressions of the audience’s approval. Mr. John Durney, as Tom O’Connor, a farmer and would-be matchmaker, presented the difficult part in splendid style, and well merited the applause which his efforts evoked. Mr. T. J. Williams filled the part of Sean O’Connor in capable style. The all round presentation of the play was splendid and further productions of the kind will be welcomed by those who were present on Wednesday night.

The lecture on the occasion was delivered by Miss Nora Connolly, daughter of the late Jas. Connolly, and who met with a most cordial reception on being introduced by Mr. J. J. Fitzgerald. Miss Connolly, in the course of her address dealt at length with the present International situation, and said that Ireland was winning all along the line. The audience were deeply moved when Miss Connolly told of her last visit to her father in Dublin Red Cross Hospital, about 12 o’clock on the night prior to the day at the dawn of which he was executed. Her father, she said, then said to her, “We are not beaten. This is only the beginning of our victory.” Referring to the present situation in Russia Miss Connolly said that matters there were being grossly misrepresented. It was only the action of the Russian people to secure that Russia should be governed by the people of Russia, and all the tales they saw in the papers of wild anarchy were false. Alluding to her stay in America, Miss Connolly told of her interview with prominent Americans, who for the one question they asked about Ireland’s historical rights, asked twenty about Ireland’s present mineral and other resources, and how far Ireland’s independence would aid America financially. Other countries would help Ireland as far as it suited them to do so, but it remained for the people of Ireland themselves to gain their freedom by their own efforts. Whilst they would take all the help they got they would not trust to any efforts but their own. The conclusion of the lecture remarks were greeted with loud and prolonged applause, which punctuated the entire address.

The entertainment was a pronounced success and we hope to have the pleasure of witnessing a similar performance under the same auspices in the near future.